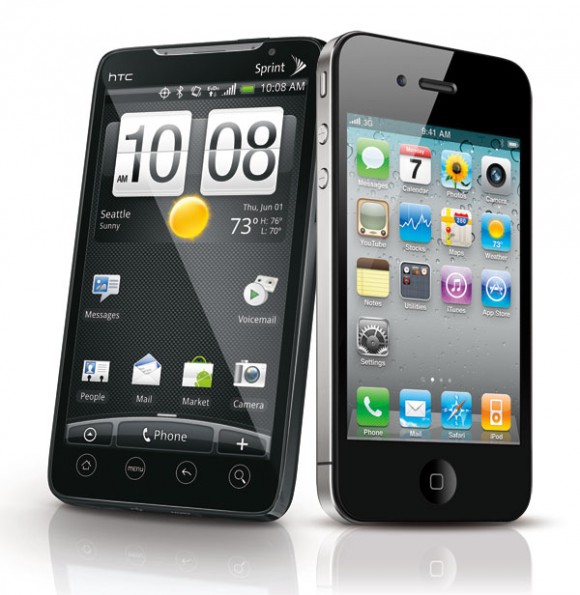 I never thought I would ever have an iPhone. I have had an Android Phone since the first Droid came out. I guess I just liked the idea behind Google’s linux-based phone and it’s open-ness. Apple is just so expensive, most of it’s apps cost money, and I didn’t really like how it keeps it products on lock down. Android and even Windows phone have a issue though, they have to run on a variety of different makes and models of hardware, where iOS just has to run on like 3. Apple designing the hardware it’s self and the operating system runs on, has the advantage. iOS is much smoother than Android and crashes much less.

The thing I like more about Android is the apps. I have spent more money on apps for iOS in the 4 weeks than I have ever had owning an Android. Android has a good app for connecting to a uTorrent server. It was very nice to be able to VPN into my home, start a movie download, then be able to watch it when i get home. There is probably an app to connect to uTorrent servers for iOS, but I haven’t found it yet, and when I do find it, it will probably cost money. Tethering, I miss being able to tether off my phone for free, android wins on that one.

I haven’t been able to get hands-on with the GalaxyS3 yet though. I flashed my roommate’s Galaxy Nexus with bugless beast which is on jelly bean and it seemed pretty smooth. I haven’t given up on Android, I just really like this iPhone lol. I’ll give iOS a shot for as long as I have this job, my work gave me an iPhone after I busted my DroidX… :\ I’m just kinda going on a rant about phones because i’m bored, home on a saturday night and I haven’t blogged in almost 2 months. So to finish this, if i could get any phone i wanted in 2013, I would consider getting an iPhone, but I would still probably go google, cause you know the GalaxyS4 is going be awesome. But i’m sure as i get more experienced with the iPhone and an untethered jailbreak comes out for iOS 6, I will like the iPhone more.