Backups to Freenas via rSync with DeltaCopy 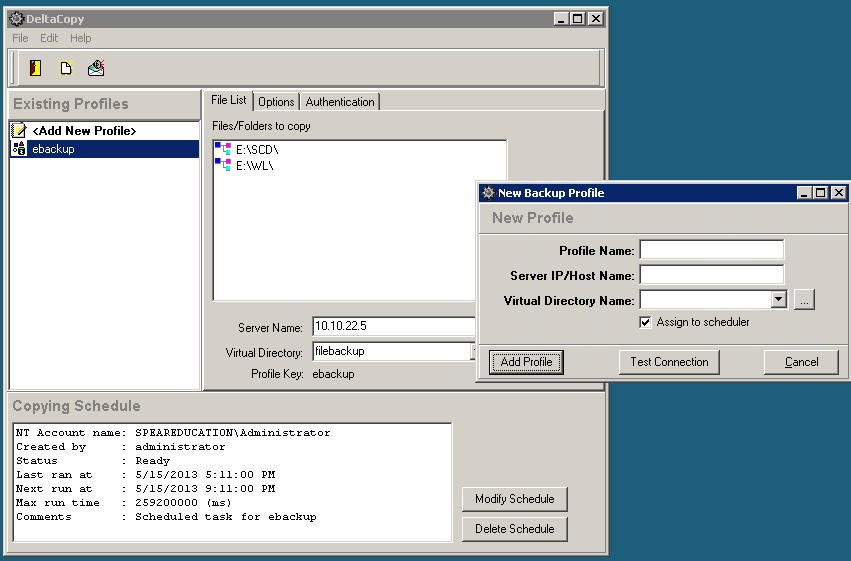 At my work we were backing up to a windows server with raid5 configured in the OS. The admin before me for some reason built a box with it’s purpose in mind for doing backups and it doesn’t have hardware raid?! Well I wanted a cooler way of doing backups besides using windows. I couldn’t get a raid controller so I would still have to setup raid with software. I downloaded Freenas, moved about 3.5 TB of data to a backup backup drive, and popped in the burnt ISO. After I setup three 3TB drives with ZFS, I had about 5.8TB of space to work with. I created a windows share for backups and setup rSync on the Freenas box. We have a windows 2008 box that is our file server (no surprise there, at least the raid5 is setup on controller instead of with the OS.) I downloaded DeltaCopy and setup the client part of the software. It schedules a task to run DeltaCopy and I have it configured to run every 2 hours. The first backup took about 3 days, but after that it seems like it takes 5 minutes, because of the way rSync works, or maybe it’s the workers at my work aren’t working cause the files never change.