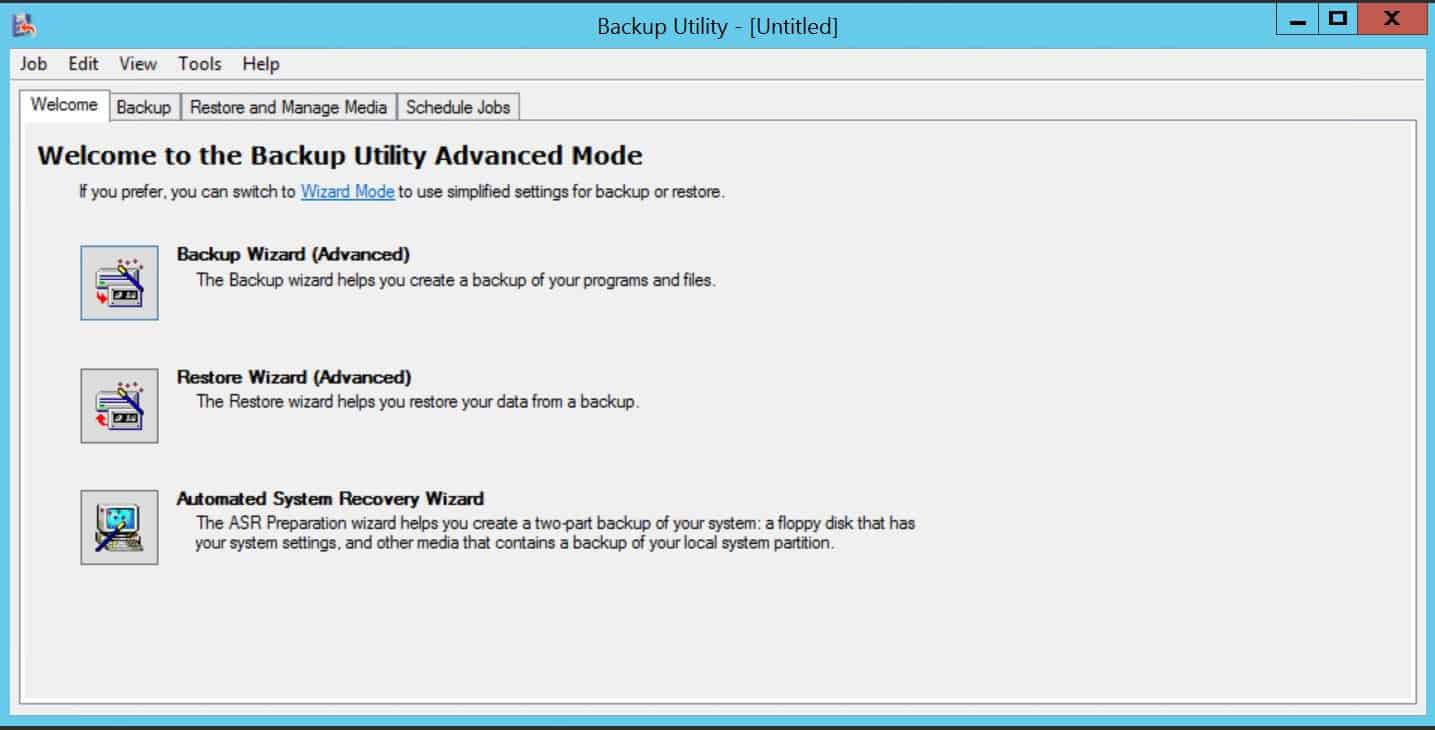 This blog has moved around a little bit. From being on a physical box, to a different physical box, then being P2Ved, and finally for now it’s on a 2012 R2 VM. For most of its life it has had Win 2k3 for its OS. When it came time to copy the data to its new home, I made a backup using NTbackup. I guess could have just copy and pasted the data over, but i like to make things harder for myself. Server 2008 and 2012 doesn’t have NTbackup. After some searching the Google I found the solution, it took some digging so I thought I would post it.

If you need to restore a .bkf file to a Windows 2008 or 2012 box and you still have the old 2003 box up.
You can just copy the NTbackup files from the 2k3 box to run NTbackup on your new server.

you need to copy over 3 files from C:\Windows\System32:

After you copy over the files, you can run NTbackup to restore that .bkf 🙂