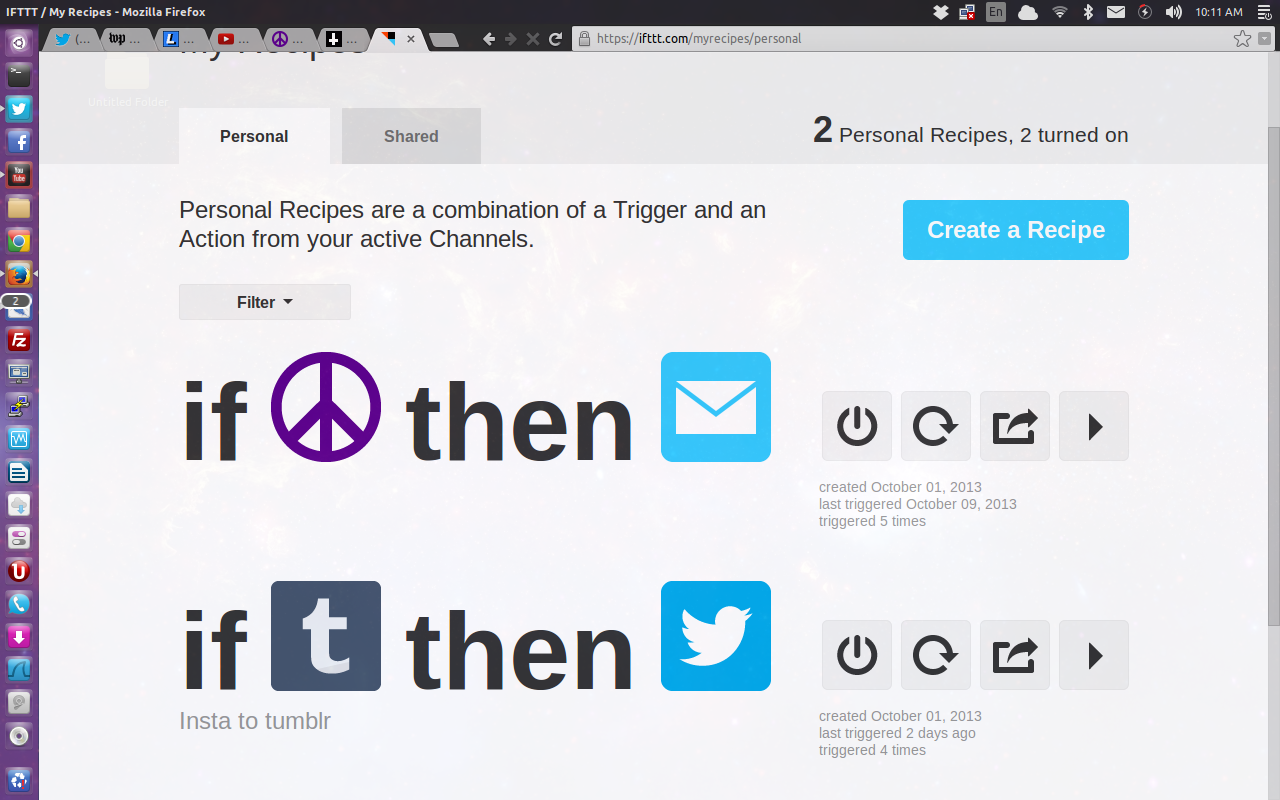 After you sign up for an account with ifttt.com you can either create the same recipes as in the screenshot or search for it. You have to authorize both your Tumblr and Twitter accounts. Then in Instagram on your phone make sure you can post to your Tumblr account, and that’s it. Once you take and picture with Instagram and post it to Tumblr, Ifttt.com checks if any recipes have been matched then posts your Tumblr photo as a pic on twitter, not just as a link to instagram.