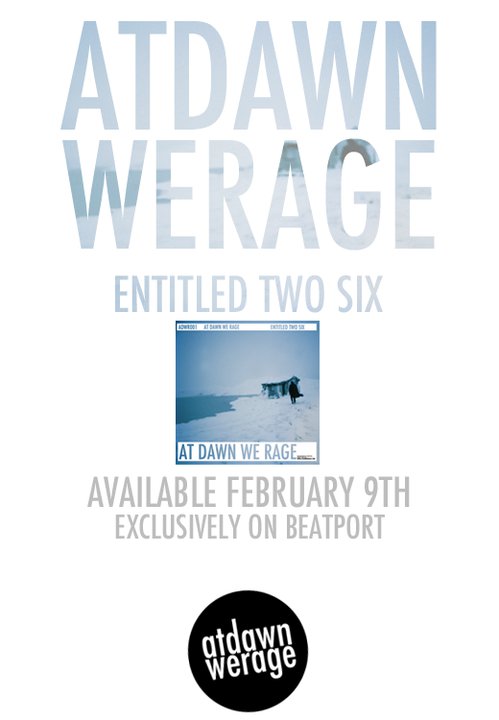 ADWR’s first beatport release “Entitled Two Six” will be out February 9th. Released under the self-titled label fits with the kind of sound that this label will release. To get your label on beatport is kind of a big deal, you have to send them 6 or so tracks for review, then you have to release a certain amount of tracks amount every month. With that type of obligation to fill you can rest assure At Dawn We Rage is going to be hard at work for a long time to come.

The release party will be at Night Light on Feb 19th, so don’t miss out on this party or you will be hating your self for it in the morning. Check out the track, buy it on beatport when it gets released Wednesday, then play it over and over again until your ears bleed.