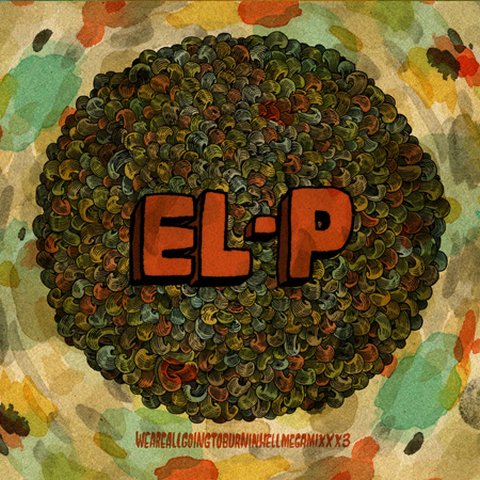 The son of Jazz pianist Harry Keys (born Harry Meline), El-P became involved with the hip hop culture of New York City at an early age. After being expelled from several schools for problems with authority, Meline decided to pursue a career in music. At his 18th birthday party, he met Mr. Len, whom he had hired as a DJ for the night. The two quickly became friends and formed Company Flow in 1993. They released their first vinyl single, “Juvenile Techniques”, in 1993. Bigg Jus later complemented the group and in 1996 the trio released its debut EP, Funcrusher. Subject to a major-label bidding war after the success of the EP, Company Flow waited until it could get a contract on its own terms. The group eventually signed with Rawkus Records, and released its debut full-length album, Funcrusher Plus (1997).

After an instrumental album called Little Johnny From the Hospitul: Breaks & Instrumentals Vol.1 (1999), also on Rawkus, disagreements between El-P and the label led to Company Flow leaving Rawkus. El-P then decided to start his own record label, Definitive Jux (known informally as Def Jux, and extra-formally as Definitive Juxtapositions), and because of critically acclaimed albums such as Cannibal Ox’s The Cold Vein (produced by El-P) and Aesop Rock’s Labor Days, the label quickly rose to prominence.

Company Flow (now only El-P and Mr. Len) dissolved amicably in 2001 and the following year El-P released his debut solo album, Fantastic Damage, to wide critical acclaim. In 2004, El-P collaborated with the Blue Series Continuum for a jazz-fusion album titled High Water, which received favorable reviews from both the hip hop and jazz worlds, as well as from more mainstream critics independent of both scenes. 2005 saw the release of Collecting the Kid, an odds-and-ends assortment including work from High Water and Bomb The System, in addition to several songs of unknown provenance. El-P’s second proper studio album, I’ll Sleep When You’re Dead, was released on March 20, 2007. It generally received very favorable reviews and became El-P’s most commercially successful album to date, peaking at #78 on the U.S. Billboard 200.

El-P has been involved in at least two notable Hiphop feuds (or beefs): one with anticon. emcee Sole, in which El-P incorporated a taped telephone conversation that took place with an eager-to-reconcile Sole into a diss track, which he titled “Linda Tripp,” for the damning effect of his inclusion of the surreptitious recording. The second involved Boston emcee Esoteric of the group 7L & Esoteric. This feud included various Definitive Jux artists and members of the Demigodz.

El-P has contributed productions and guest rhymes to albums by DJ Krush, Aesop Rock, Murs, Cage, Mr. Lif, Prefuse 73, Del tha Funkee Homosapien, Mike Ladd, The High and Mighty, Jedi Mind Tricks, Aceyalone, Atmosphere, and Techno Animal. He collaborated with Alec Empire on the first Handsome Boy Modeling School album and with Cage and Chino Moreno on the second. He was selected, along with DJ Shadow, to work on Rage Against the Machine frontman Zach de la Rocha’s solo album (which never materialized). He has provided remixes for the likes of Beans (of Anti-Pop Consortium), Beck, Blackalicious, Head Automatica, Hot Hot Heat, Syd Matters, Nine Inch Nails, Push Button Objects, Rob Sonic, TV on the Radio, and Yasushilde, among others. El-P also provided the soundtrack for the graffiti film Bomb the System.

As of October 2009, El-P is working on his third studio album, tentatively titled Cancer for Cure