One of the best hip-hop albums.. 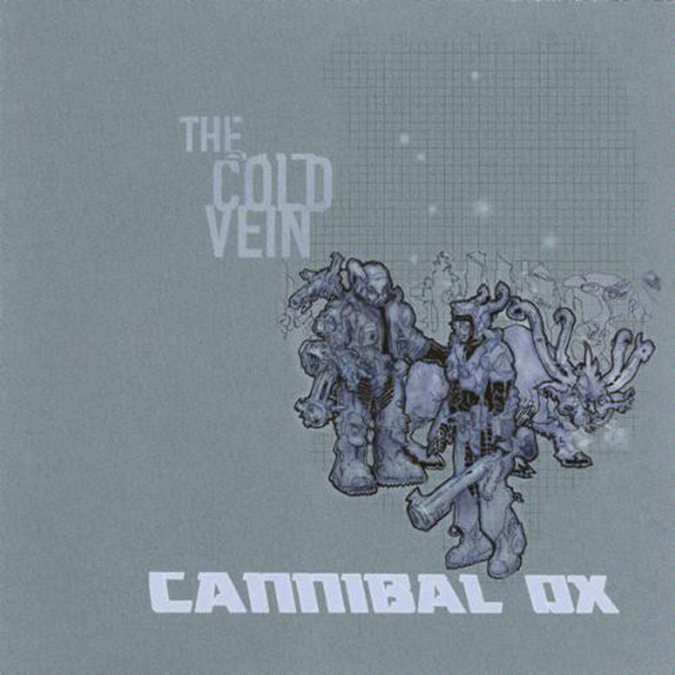 Wondering if there was ever gonna be another cannibal ox album, I started searching through hypem.com. I found this track which pointed me to this blog, which I’ll just repost, but it’s a interview with Vast Aire with a comment from EL-P. It was very disappointing.

i would like to say i never started any beef, but i will put an end to it
im going to answer some questions from the fans so a basic understanding can be reached.

WHY DID YOU LEAVE DEF JUX? AND WHEN?

I left def jux in late 2002 / 2003, i started working on my lp “Look Mom No Hands”
at this time, me and camu {SA SMASH} were living together in BKNY. camu was working on “Smashy Trashy” his only lp on Def jux. at the time, Def jux was trying to expand their amount of artist, and they started giving out “recording advances”. at the time COLD VEIN had sold over 100,000 cd’s and a maxi single of the F-word sold about 30,000 at the time {140,000 records sold}.

can ox at the time didnt have a “deal”, we recorded everything as friends, but we blew up over night, and def jux didnt know how to handle it, so you can imagine that can ox was mad! {CAN OX WAS ONLY MAKING MONEY FROM SHOWS}

we built this label with you {el-p} but your giving money to outsiders first????
DEF JUX SHOULD HAVE PAID CAN OX AND RJD2 BEFORE YOU PAID MURS AND 9TH WONDER, C-RAYZ AND ETC? {PEACE TO THEM, IM JUST MAKING A POINT}

at this time, dj Mr Len told me that El-p’s biz-partner {DEF JUX / OZONE} Ameechi stole $5000 from co-flow, and this is why MR LEN didnt hang around or do cuts for def jux any more!!!!

so, its 3 years after my great lp {cold vein} blows up, but el-p and ameechi dont have any money for me and vordul??????? but more than 5 groups are getting advances????

THAT STARTED A HUGE BEEF! me and el-p had some VERBAL fights, and i moved to red hook brooklyn. this is when me camu and metro had a crib, they moved from ohio to do their lp for def jux,
CAN OX GOT A LAWYER AND THEIR MONEY…but the vibe was different, its like when your girl friend catches you cheating, its never the same after that! we should have never had to chase our own money!!!! we could record as friends, but when it was time to pay me i was told to get a lawyer?????

so we {can ox} wanted to move forward, but when it wasnt the biz problems, we had creative problems and lack of control.

El-p is a control freak, if he cant produced every song, he starts to throw fits! at this time {2003} im getting crazy ill beats from Mf doom, Madlib, Ayatollah Camu tao etc.

i wasnt thinking about el-p, his sound was dope, but its was limited. it was the same type of style, i wanted something new, and i wanted control! hence the name LOOK MOM NO HANDS! all that meant was “freedom” at def jux in those days, el-p was censoring a line or 2 out of dudes rhymes. i watched him do it to camu tao and vordul mega!

el-p told camu tao he could not “slap a girl” in his rap song, and he told vordul “you put to many ‘nigga’s’ in your raps”

the last thing i needed was some emo white kid telling me how many ‘niggas’ i can have in my rap songs! and one of my favorite hip hop songs is “top billing” and in that song milk says very clearly “if your girl is out of line…its your girl i slap” and as far as black people using the word ‘nigga’ Q-tip already broke that down! so ME CAMU AND VORDUl hated that day! this is why i left def jux bad biz and lack of creative control!

WHAT WENT DOWN WITH CAN OX’S 2ND RECORD?

To be real, we started that project, but vordul dropped the ball on that, vordul became very distant and was drunk and coked up all the time, he became this way after his jaw was broken in a bar fight that was ment for el-p. long story short, that helped wake up vorduls “dark side” and we only did like 5 songs. El-p got mad at me as if i should have been vordul’s baby sitter! vordul is a grown man, he made his choices, dont get mad at me! so then we had our final fall out and the last thing we recorded was Mr Lif’s songs “Brothaz rmx wit can ox” me and vordul are cool, and we still are recording! thats my family! he’s on my new lp “OX 2010″

WHY DID YOU LEAVE WEATHERMEN CREW?

AT THIS TIME….I WASNT ON DEF JUX BUT I WAS STILL A WEATHERMAN MEMBER!

I did a Tour with SSS {TAME ONE AND D-DONS in late 2006} with my homie 4th p, it was called the teen wolf tour, it was fun and cool, but then it turned for the worst!

cage claims i took money from yak ballz and tame one????

according to whom since cage wasnt on the tour?????

the tour was set up for me to get an average of about $850 a night {i was told i was going to get $1000 to head line, but i left it alone because im wit my peoples, SO I THOUGHT}

one of the shows was not part of the tour, it was a show i already had as a solo artist, but i added it to the tour {teen wolf tour} long story short, I should have gotten $900 dollars that night, but yak ballz felt i should take $750. now….i understand yak ballz was paying for extra gas {and i was also} and i understand that yak was feeding Tame one {and so was i} but he had no right to to try and get more money from a show that was never his? he got the same money he got every night, that $150 or $75 bucks had nothing to do with him? AND ITS IMPOSSIBLE FOR ME TO STEAL MY OWN MONEY!

so if that makes me a crook, then im muthafuckin robin hood!

i dont have anything to hide! i gave yak the $150 THE NEXT DAY! we had 4 more shows and i wanted to dead the beef, but i made it clear it was my money to begin with!

also on that same tour we had dinner at a mexican spot, and we all are talking about projects etc. i told every one at the table {yak included} that i didnt like aesop’s new lp at the time {bazooka tooth} I LOVE AESOP! but i didnt like that record, all i said was “you cant hear his words anymore” and yak turned that into me being a hater!!!!

meanwhile all these bitch emo kids do is talk shit about you in emails, blogs and or 2-ways!

Tame showed me a 2-way convo with cage trying to get votes to kick me out of weathermen! THATS RIGHT TAME SHOWED ME A 2-WAY EMAIL WIT CAGE TRYING TO VOTE ME OUT! SO BEFORE THE ELECTION WAS DONE, I LEFT THE NEW LEFT. BECAUSE I KNEW THEY WERE ALL FAKES.

AT THE END OF THE DAY IF CAMU HATED ME, WHY IS HIS RIGHT HAND MAN {METRO} CLOSE FRIENDS WITH ME AND IS ON MY NEW LP? WHY AM I STILL COOL WITH ALL OF CAMU’S OHIO PEOPLES LIKE BIG JT!!!!!!!!!!!!!
METRO IS PROOF THAT ME AND CAMU WERE GOOD, HOW ELSE DID I GET MY BEATS FOR MIGHTY JOSEPH {BLOOD SPORT PROD BY CAMU!}

THE ONLY LIARS AND CROOKS HERE ARE THESE EMO BITCHES!

like i said before if they are angels that never did nothing wrong
WHERE IS
SPACE?
BIG JUS?
MR LEN?
J-TREDS?
BREEZLY BREWIN?
C-RAYZ?
MASAI BEY?
MURS?
RJD2?
CAN OX?
MR LIF?
AND B.M.S.?
NONE OF THEM WORK WITH DEF JUX ANYMORE…LETS BE REAL ABOUT THIS!

and look at cage’s history!!!!
he worked with NECRO?
and HIGH AND MIGHTY?
…ONLY TO TURN ON THEM???
HE TURNED ON COPY, MASAI BEY, B.M.S. SPACE AND ME!

JUST THINK ABOUT HOW CAMU FELT WHEN EL-P’S CENSORSHIP DESTROYED SMASHY TRASHY THE LP! CAMU HATED DEF JUX’S CENSORSHIP, IF HE HATED ANYTHING AT ALL!

WHAT TYPE OF RECORD LABEL IS THAT???

AND I CANT BE DOWN WITH A CREW OF “YES MEN”
IF I DONT LIKE YOUR BEAT I DONT LIKE IT, YOU FUCKING EMO BITCH!
AND EL-P IS A BITCH BECAUSE HE KNOWS CAGE SHITTED ON HIM!!!! BUT HE KISSES HIS ASS!
ANY REAL FAN CAN LOOK AT THE PATTERNS AND FIGURE IT OUT!

LAST BUT NOT LEAST, I HAVE A SECRET UNRELEASED “BLAIR COSBY” SONG OF CAMU TAO DISSING DEF JUX AND EL-P!

IM GONNA LET THEM KEEP DIGGING THEIR SHIT HOLE
AND THEN IM GOING PRESS PLAY AND BRING CAMU BACK TO LIFE DISSING THEM!